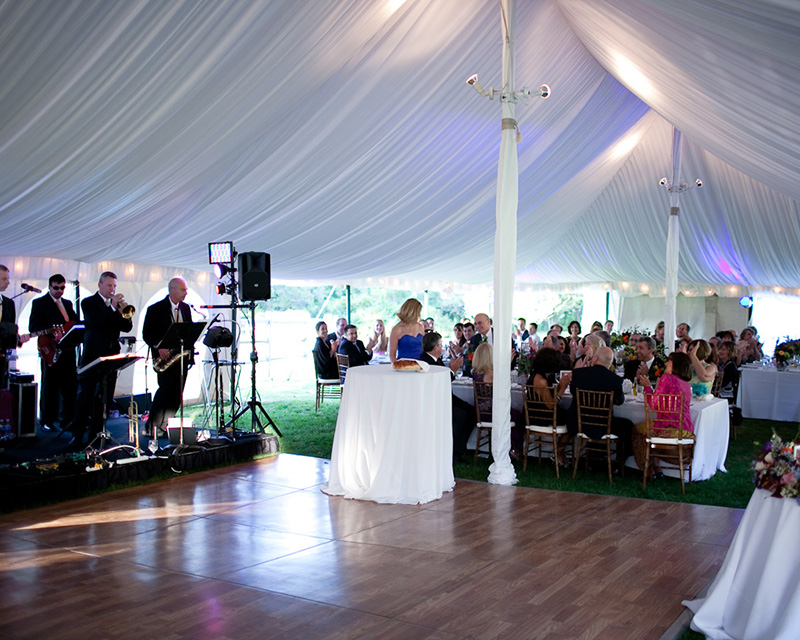 Costa said that the inventory and assets of Boston Party Rental will be incorporated into the firm’s Avon headquarters. They will also operate and maintain the firm’s name, website and phone number, Boston Party Rental, which will become part of B.C. Tent.  He said that the acquisition will also enable them to add a few lines of product and inventory to their services, including an expanded in-house linen service and some catering items for rent. Of the deal, Costa said, “Peter and I have known each other for many years. Our businesses cover much of the same geographic area; I have viewed him as a colleague more than a competitor. He and his team have built a company with a strong and respected reputation in the industry and we are pleased to have the Boston Party Rental name as part of our growing organization.”

Boston Party Rental traces its roots to 1959, when it was started by Peter Harris’s father and mother, Bob and Stasia Harris. The company had two distinct divisions, party rental and equipment rental. Initially, the equipment rental business was under the umbrella of United Rental but in 1964 it ended its franchise relationship and became an independent company under the name Rent-All of Boston.

The business began in Mattapan, and in 1978 relocated to 1161 Adams Street in Dorchester Lower Mills, and in 1986, the party and event division (Boston Party Rental) moved to Neponset Circle, Dorchester. In 2014 the warehouse and distribution for Boston Party Rental was moved to 40 Strafello Drive in Avon, near the location of B.C. Tent & Awning.

This is the second acquisition that B.C. Tent has made, having purchased Royal Tent several years ago. The current purchase of Boston Party Rental follows B.C. Tent’s 2016 warehouse expansion project, increasing B.C. Tent’s inventory capacity to over 25,000 square feet.  With the addition of Boston Party Rental, Costa said that B.C. Tent hopes to build upon its 2016 momentum having been recognized as Boston’s “Best Wedding Rental” by Boston A List.

Costa added, “Our industry has seen a fair amount of consolidation in recent years, and we believe that growth through acquisition is a sound strategy for us to pursue. This positions us better to grow and compete in this market.” He added, “There is great synergy between us and we look forward to building upon the great work of Peter Harris and Boston Party Rental.”

Costa, saying that he is ecstatic about the acquisition, added, “I only wish my parents, John and Connie Costa, were alive to see the continuing growth of the business. They are the true founders of B.C. Tent. They taught me about honesty, hard work, and commitment to customers, employees and family.”

In the early years of the company, Costa’s parents, then in their 60s, assisted him with answering phones, helping with installations and providing customer service, as Bob Costa worked other jobs to fund the company. “Without the help of my parents, B.C. Tent would not exist today I miss them every day. They would be so proud to see our continuing growth.”

Costa also credits his wife Carla and step-children Tom & Andrew for their years of support. “Working long hours building a business does not always leave enough time for family life. They know this is my passion and I’m grateful for their support.”

Harris, a Marshfield resident who is a native of Milton, said that he basically grew up in the family business. He studied Rental Management at Western Iowa Tech. In recent years, he said, he has shifted his focus more on the Rent-All business, which specializes in equipment rental, such as bobcats, excavators, compressors, and power tools.

“I wish Bob and his team well,” he said, adding, “Our companies have been colleagues in this industry for many years. B.C. Tent has a strong reputation in the industry and I know Boston Party Rental is in good hands.”